We have all heard of the "Calais", the local pastry. But did you know that our region harbours other traditional cakes, linked to key events in its history? I went to visit several pastrycooks to learn more about these specialities, and share them with you !

Everyone in Calais is familiar with this delicious cake, made of a bitter-almond macaroon mixture, a filling of coffee butter cream, glazed with a coffee fondant and coated all over with chopped, grilled almonds.

Le Calais was invented just after the 2nd World War by a pastrycook from Calais who ran a patisserie on the Boulevard des Alliés in the Calais-Nord area. He passed the recipe on to his son and to his pastrycook colleagues in Calais, so that they could all bake the same cake. That, at any rate, is the most common version of the story.

Since that time, the coffee-flavoured dessert has become an essential feature of local menus. If you want to buy one, nothing could be more simple - many bakeries  in Calais make it in individual-sized portions. 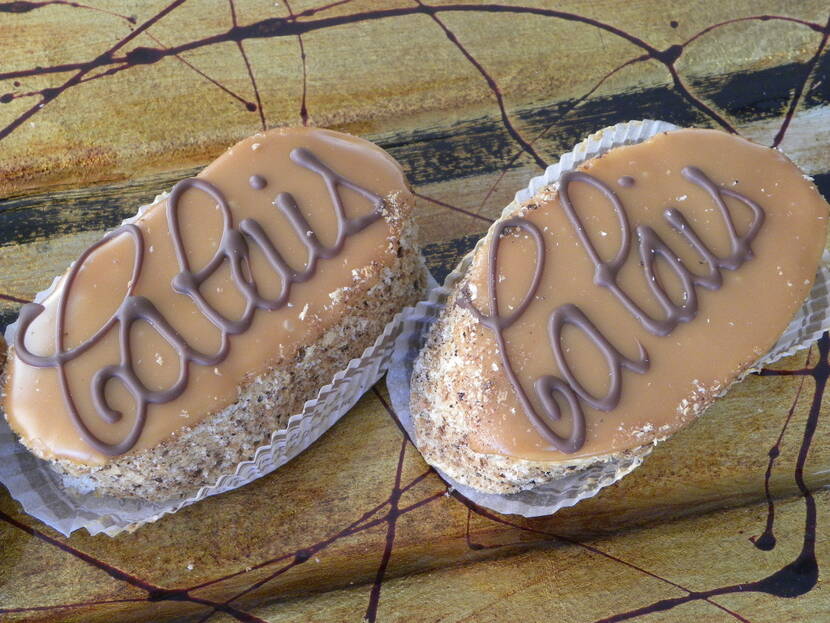 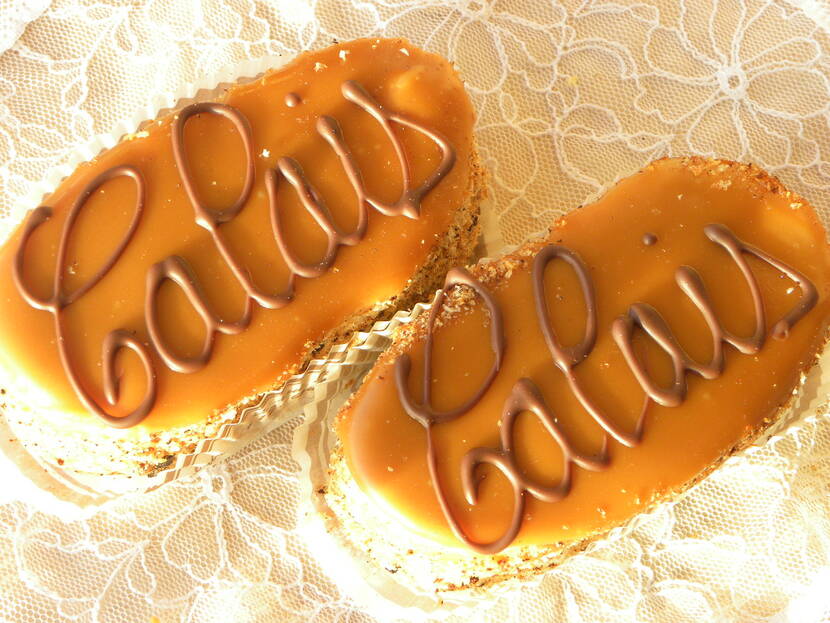 It was in 2012 that Eric Merlin had the idea of creating this Memorial cake for the inauguration ceremony of a memorial stone for NATO soldiers in the village of Fréthun.
By way of explanation, the purpose of this memorial was to honour the memory of soldiers of several nationalities who gave their lives in service of NATO. The monument was created by Mr Willy Breton, a sergeant in the gendarmerie (military police force) who, on returning to France from Afghanistan in 2010, wished to pay tribute to  two soldiers killed in action during his mission. He therefore donated the memorial stone to the NATO Memorial Federation, of which he is vice-president.

The village baker/pastrycook, who wished to make a personal contribution to the memorial project, did so by inventing this cake. His aim was " to create something typical of Fréthun which reflected our local area, by using chicory ", and at the same time to make a civic gesture, bringing a message of peace and respect.

Made with an almond cream, chicory, gingerbread and apricot puree, this cake is a feature of all events organised by the NATO Memorial Federation.

Eric Merlin wanted to give the cake a special packaging, which is simply a box made of food-grade wood, hence its name " travel cake ", as it can be kept for 8 to 10 days at room temperature.

The Frethun Memorial cake is available to order all year round !

Orders taken 48 hours in advance at : 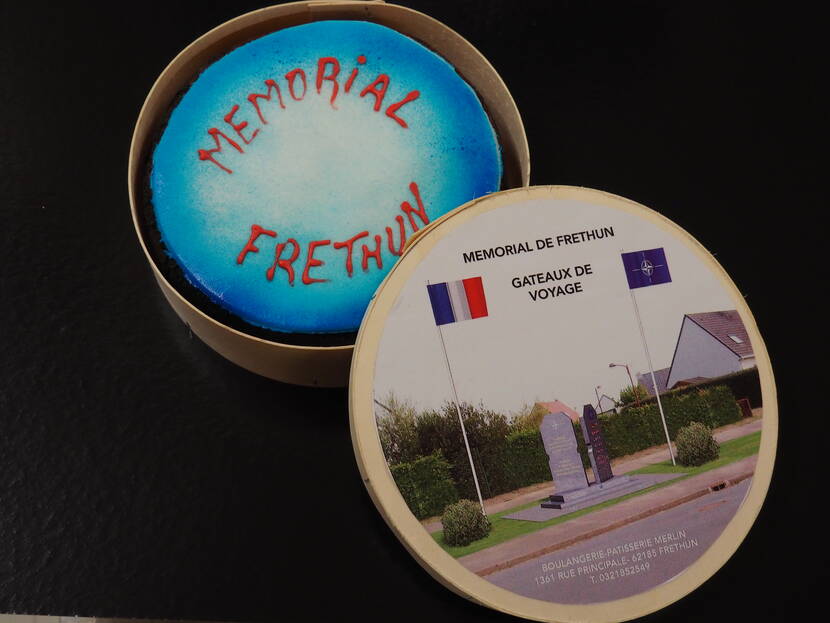 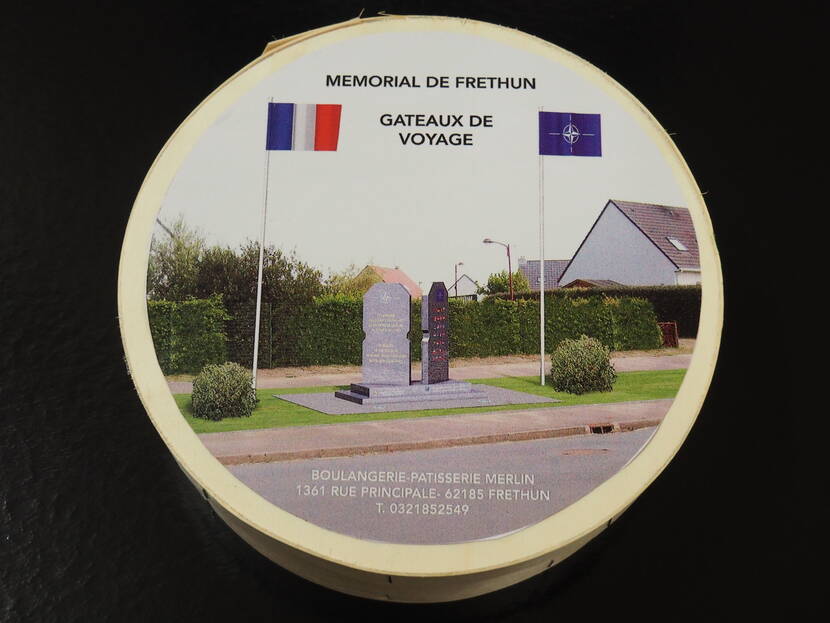 A cake created in 2009 to mark the occasion of the centenary of Louis Blériot's flight across the English Channel, the Rêve de Blériot is in fact a mixture of four different recipe ideas dreamed up by pastrycooks Luc Fasquelle, David Druelle, Vincent Boulloigne and Bernard Scotté.

I visited Bernard Scotté's bakery to find out more about this cake.

Bernard Scotté was a pastrycook in Dunkirk from the age of 16. He set up shop in Calais 10 years ago and is one of the four creators of this dessert, which is composed of three different parts. The base of the cake is a Sacher biscuit, a kind of brownie from Alsace, seasoned with cocoa, marzipan and hazelnuts. A vanilla bavaroise cream is then delicately laid on the biscuit base. It contains whole raspberries, which give the pastry an additional touch of colour. The final stage of the pastry is a coating of glossy, dark chocolate icing.

The recipe for the Rêve de Blériot cake was disclosed to pastrycooks interested in making it, but unfortunately it is now no longer on sale.

If you would like to make it, the recipe can be found in our tab " Where to eat - Recipes from Calais ". Here are a few photos. 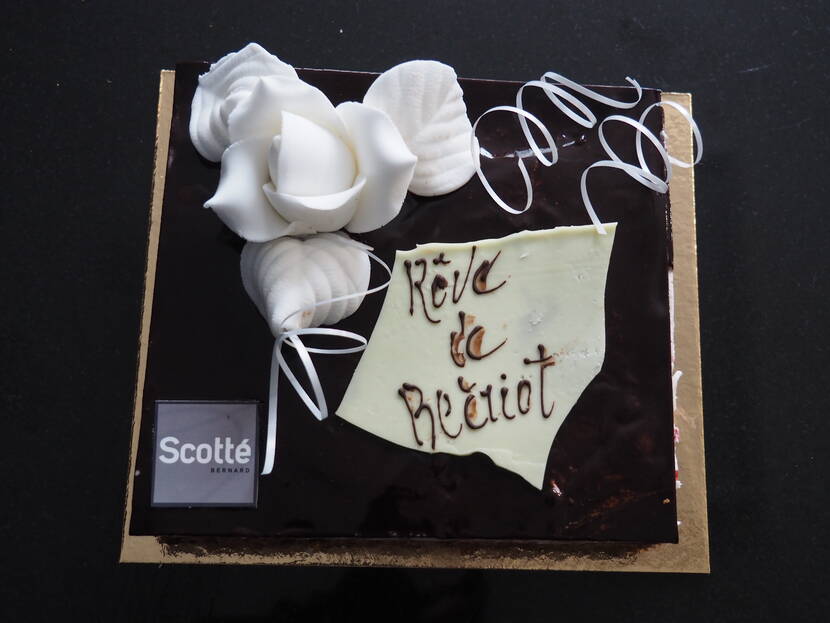 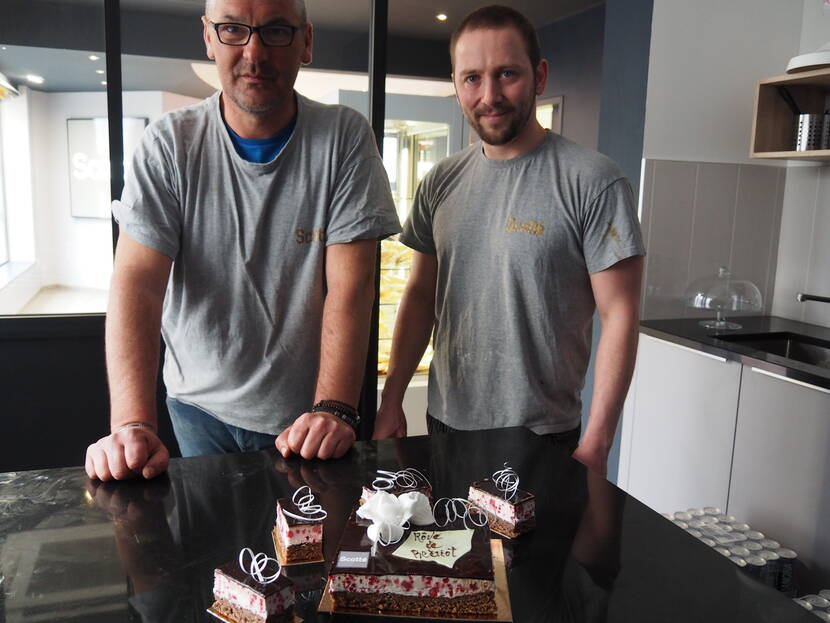 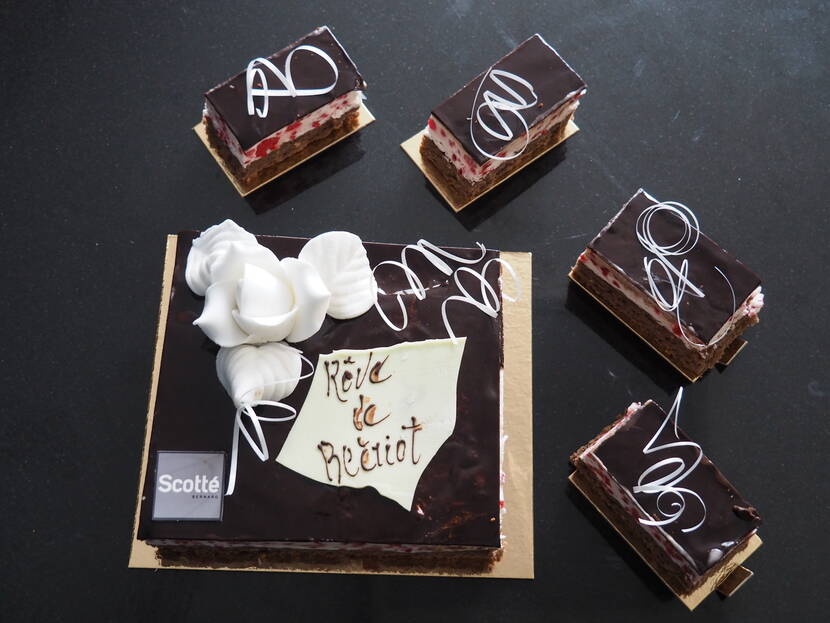 A name that represents to perfection the local heritage of Calais lacemaking, and this is where its history began.

In 2014, Trame Dentelle, a voluntary organisation, wished to pay tribute to the skill of Calais lacemakers by creating a specially dedicated gateau to celebrate its 20th anniversary.

I had the opportunity of meeting Sébastien Thomas, creator of the Dentellier. Keen to become a baker/pastrycook, he began his training at the Détroit Lycée Professionnel (Technical College) in 1994 and obtained certificates as a pastrycook, ice-cream maker and baker, as well as professional and management qualifications in the bakery trade. Since 2011 he has been teaching young students at the Détroit college. It was therefore in a joint effort with final year students working for their professional baccalauréat in boulangerie-pâtisserie that Sébastien Thomas created this cake.

Dried fruit, a honey mousse and stewed apricots on a spongy biscuit base made with almonds (" Genoa bread "). Enough to make your mouth water.                 Unfortunately the Dentellier is no longer marketed, but amateur pastrycooks can find the recipe in our tab " Where to eat - recipes from Calais ". 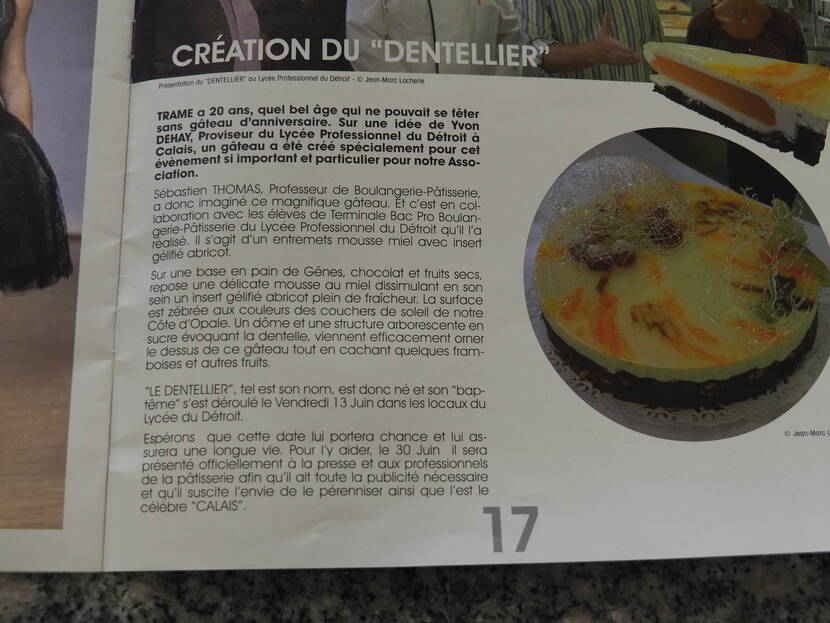 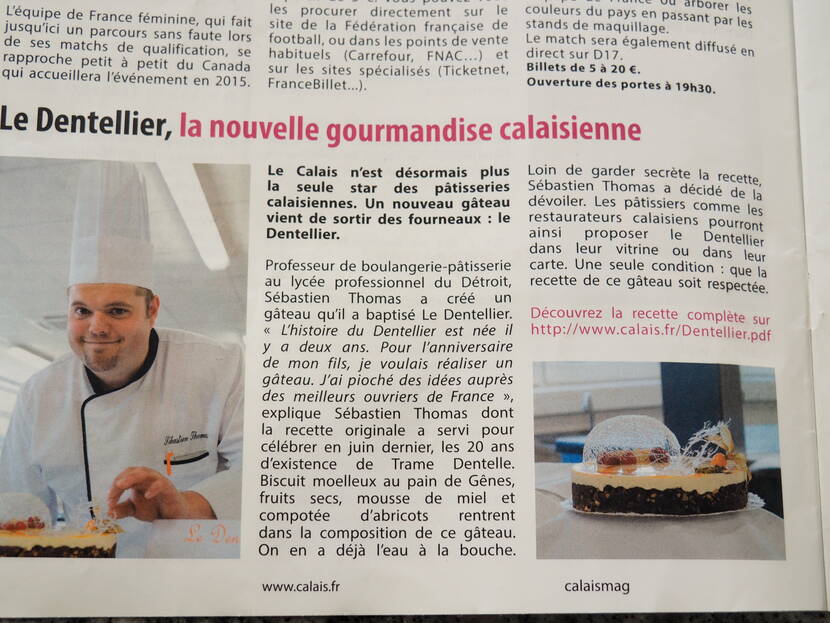