The beaches from Cap Blanc Nez cliffs to Marck

Nord-Pas de Calais is a region of fine sandy beaches, cliffs, an oceanic climate (not a polar one, honest!) and iodine-rich sea air. Yes, Aeolus, the ruler of the winds, sometimes lets rip in these parts...but this is a boon for lovers of watersports.

The coastline of the Calais region is typical of the Côte d’Opale, with vast expanses of sand, chains of dunes, seafront promenades and spectacular high tides at certain times of year. Bathed by good quality sea water, the shoreline of the Calais region is bordered on the west by the cliffs at Cap Blanc Nez, a major feature of the Sites des Deux Caps which, along with other attractions such as the Pont du Gard, the Pilat sand dune and the cliffs at Étretat, is a designated “Grand Site de France”. At the foot of the cliffs, Sangatte beach will appeal to both those in search of peace and quiet and watersports enthusiasts. It’s also a favourite spot for kitesurfing, paddle boarding, windsurfing and even polo!  And for those who’d like to try their hand at one of these activities, there are lessons, courses and equipment hire services. Gliding along or flying through the air against a backdrop of ferries and the English coast? You won’t find many other landscapes like this!
And then there are the iconic Côte d’Opale sports: sand-yachting and kite-flying. Those who enjoy these activities will find a club on the vast Les Hemmes de Marck beach. 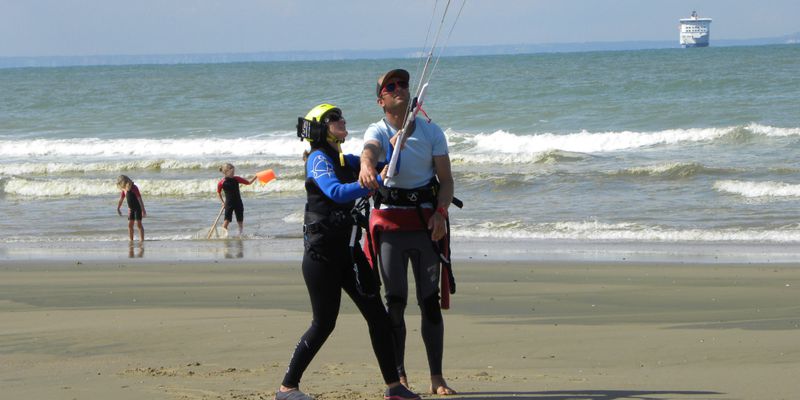 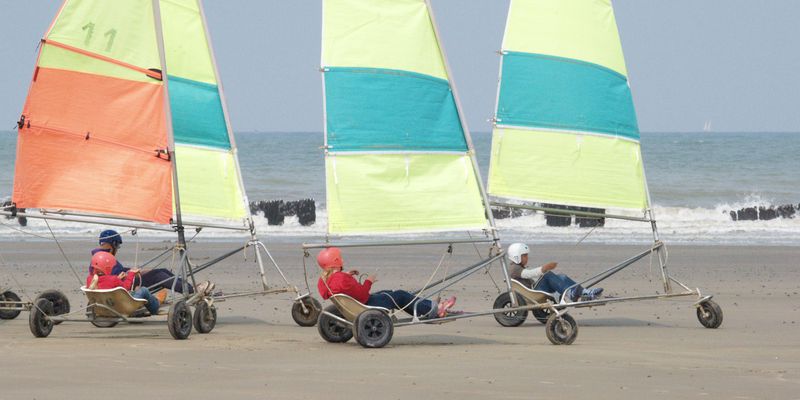 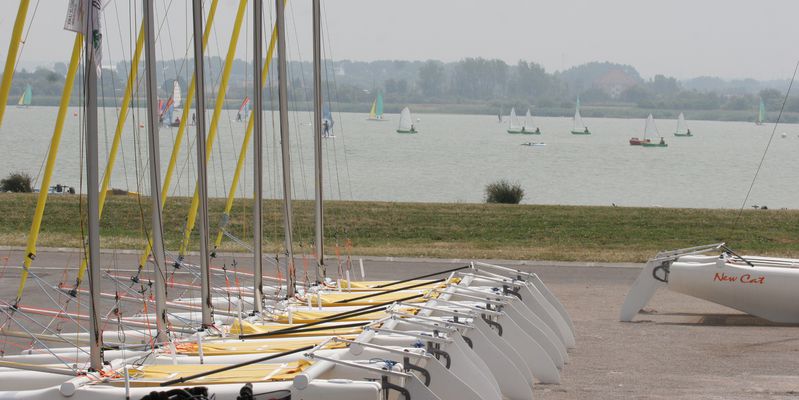 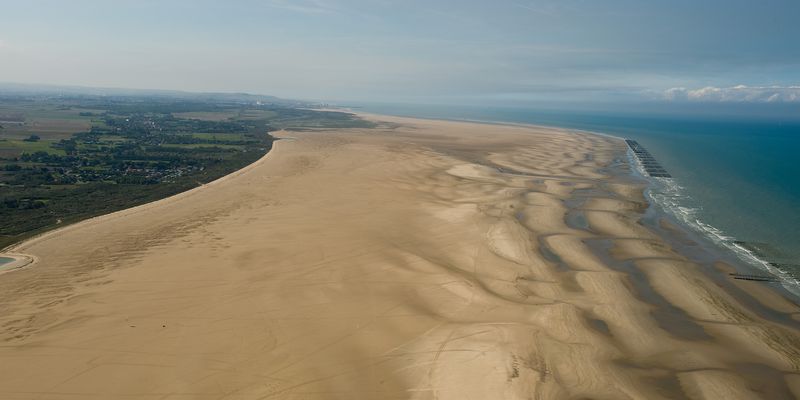 A venue for amazing feats

When you stroll along the shore at Sangatte or Blériot Plage, to the west of Calais, you are following in the footsteps of the pioneers of cross-channel travel. As you wander along these extensive shores or through the dunes, the Channel Tunnel is just a few dozen metres beneath your feet. You can let your imagination take you back a century or so, as you gaze out to sea in this area where the landscape has not changed in a very long time. Up in the sky, isn’t that Louis Blériot’s plane heading for England? And down there, among the waves, surely that’s Matthew Webb swimming over from England in 1875 to become the first person to swim the English Channel. A plaque commemorating this achievement stands on Calais seafront where the beaches to the west of Calais begin. (Link to “Promenade de la digue” page).

Louis Blériot, pioneering aviator
A son of the northern French city of Cambria, Louis Blériot will always be remembered as the first man to fly across the English Channel. In the early hours of 25 July 1909, he took off from the village of Les Baraques in his plane, the Blériot XI, landing some 37 minutes later on the heights above Dover. But Louis Blériot was not just a daredevil aviation pioneer, he was also an engineer and an inventor. Following his death in 1936, the village of Les Baraques changed its name to Blériot-Plage. His feat is recorded for posterity on a stone monument and in the work of local historians such as the collector Pierre Poure www.papybleriot.fr

If you prefer calmer pursuits, you can stroll along the fine sandy beach, breathing in the sea air, or walk along the chain of dunes to give your calf muscles a good workout.  Or perhaps you’d prefer to walk in water by having a go at ‘longe-côte’, an activity which involves hiking in the sea.

To the east of Calais, just beyond the port facilities, you’ll find the vast Fort Vert/Les Hemmes de Marck foreshore: at low tide, you might have to walk up to 3 kilometres to reach the water’s edge! Not surprisingly, this beach is a dream location for horse riders, sand yachters, kite buggy racers etc. But there’s still plenty of space left for walkers, anglers and flora and fauna enthusiasts.