One of many occupations now long since disappeared is that of lighthouse keeper. Calais may not have a lighthouse keeper anymore, but it does still have its lighthouse, now an unusual visitor attraction. Those who scale the 271 steps up to the top of the brick-built tower with its black lantern room are rewarded with a 360° panoramic view:  Calais and its hinterland, the port facilities, the Strait of Dover and, in clear weather, the White Cliffs of Dover.

Another special feature of Calais lighthouse is its unusual situation, in the town, among residential streets and opposite a church! The spot on which it stands is also surprising. It is built on a mound, a reminder that one of the bastion’s of the old city walls once stood there. It’s even said that Calais lighthouse is haunted, the most plausible explanation being the 2 skeletons which were discovered when the foundations were laid.  A busy port for centuries, Calais has always figured in maritime signalling documents. The top of the watchtower had served as a landmark for sailors before the current lighthouse (another example of the many changes which took place in 19th century Calais) entered service in 1848. 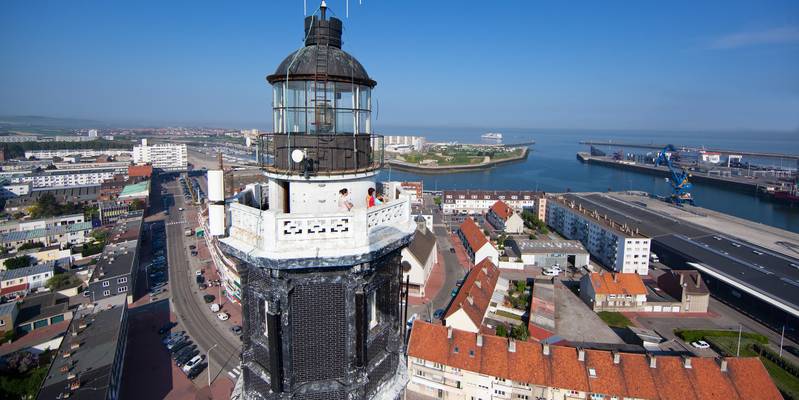 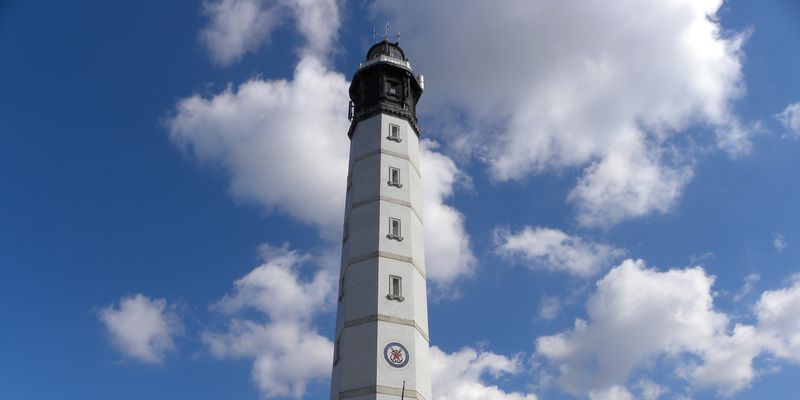 A fief, traditions and celebrities...

So Calais lighthouse is not on the waterfront. It is separated from the sea by the Courgain Maritime quarter, the city’s maritime heart. Outside Calais’ old city walls for several centuries, the quarter developed a rebellious and united spirit. A domain of sea-farers, it has spawned generations of fishermen, lifeboatmen and even pirates, among them Tom Souville, nicknamed “Captain Tom” by the English sailors who were frightened of him. A bastion of tradition, the Courgain Maritime quarter is the venue for events such as the Herring Festival, the Blessing of the Sea and water jousting.  The daily fish market is run by local artisan fishermen and is a regular and very popular meeting place for the locals!
A treasure chest of anecdotes, the Courgain Maritime quarter never forgets its famous sons, or its famous visitors. 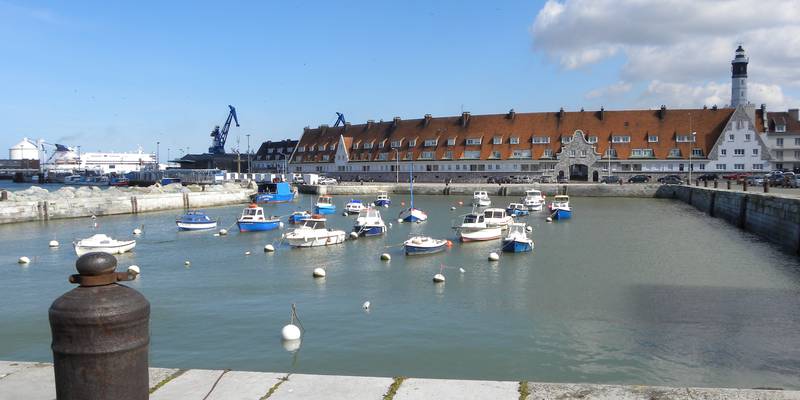 Before the advent of powered flight and then Eurostar, the port of Calais was a transit point for large numbers of monarchs, statesmen, writers and film stars travelling back and forth across the English Channel. The Courgain quarter also boasts a column commemorating an event which marked the beginning of the Restoration of the monarchy in France. In April 1814, Napoleon abdicated. The heir to the French crown, the future King Louis XVIII, returned from exile in England, taking the shortest route, through Calais. He landed on 24 August 1814 and was greeted as future king by the people of Calais, who thronged the quays of the Courgain Maritime quartier.