-A +A
Home / Discovering / An Eventful History / The burghers of Calais

The burghers of Calais

The statue of the Burghers of Calais is the city’s most photographed monument.

So come and enjoy a break with family or friends and explore the port, the Church of Notre Dame, the statue of the Burghers of Calais, the medieval watchtower (the city’s oldest building) and the Saint Pierre quarter, where the lace industry became established in 1816... And for a bird’s eye view of these symbols of Calais’ special relationship with England, just head to the top of the belfry!

The statue of the Burghers of Calais, which stands in front of the Town Hall, is the city’s most photographed monument. Just a short walk away, at the Musée des Beaux Arts, you can see the preparatory studies made for it by its famous creator, Auguste Rodin. 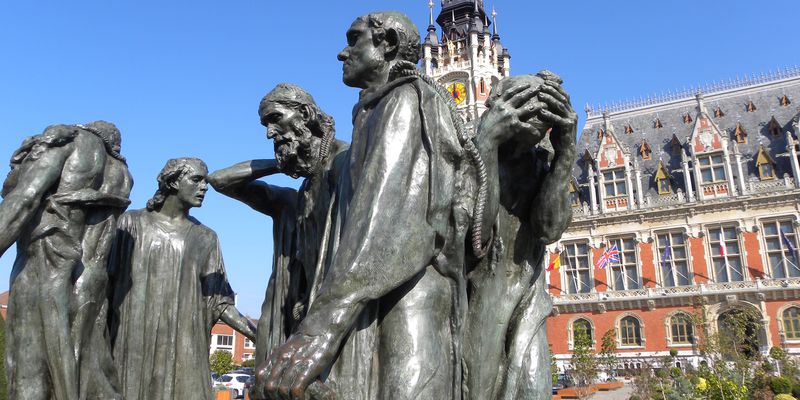 The statue also commemorates an episode which marked the beginning of the special relationship between Calais and England. The Burghers of Calais, along with Joan of Arc and the Battles of Agincourt and Crécy, bring to mind the Hundred Years’ War. So let’s refresh our memories... At the beginning of the conflict, in 1346, King Edward III’s forces laid siege to Calais, a walled stronghold with a port. After 11 months under siege, the people of Calais were starving and decided to surrender, but Edward III demanded the sacrifice of 6 noblemen and the keys to the city as a token of submission. And so, six men, led by Eustache de Saint Pierre, came forward and made their way to the gallows...only to be pardoned by the King’s wife. And so began 211 years of English rule, which lasted until 1558. English territory extended for 20 kilometres around the city and was known as the “Pale of Calais”. And it was on a site only a few kilometres outside Calais that the famous meeting known as the Field of the Cloth of Gold was held in 1520.

For two centuries, the English expanded the port and set about enlarging the Church Of Notre Dame, one of the rare examples of English church architecture on mainland Europe. Its Tudor garden serves as a reminder of the English presence in Calais. The Church of Notre Dame suffered frequent damage during the two world wars. In 1915, its stained glass windows were blown out by bombs dropped from a Zeppelin and it was badly damaged between 1940 and 1944. But the church’s relationship with war does not end there. In 1921, the church was the setting for a much more pleasant event, when Captain Charles de Gaulle, who would later become leader of the ‘Free French’ and then French President, married the local woman Yvonne Vendroux. Close to the church, a commemorative stone and a statue stand as reminders of this important day in the lives of a couple who left their mark on the history of modern France. And, in 1964, a scene from “Weekend à Zuydcoote”, the famous Second World War film starring Jean Paul Belmondo, was shot in the then ruined church. 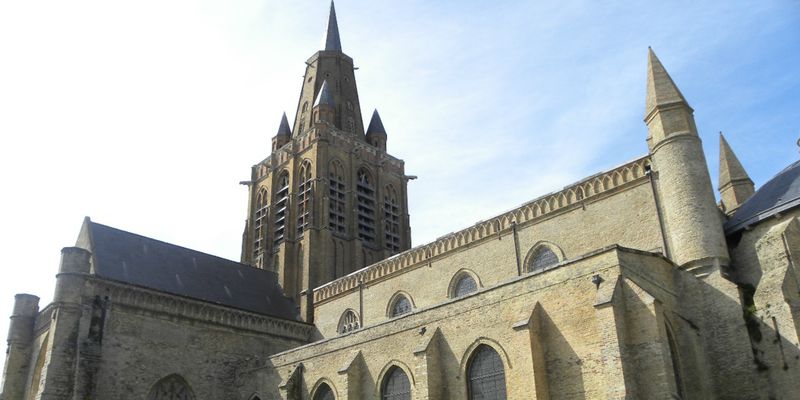 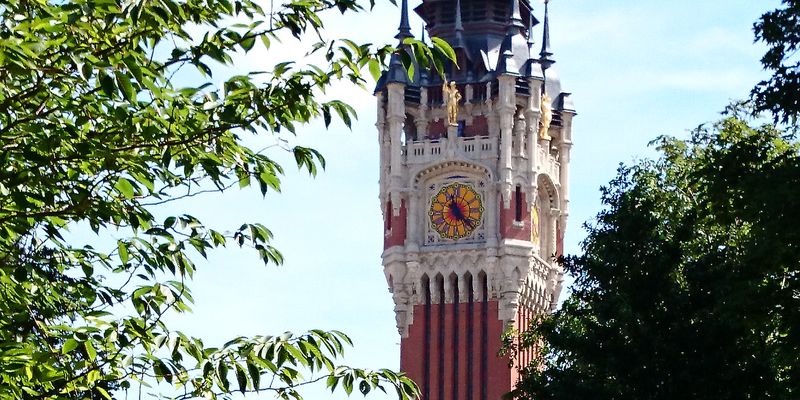 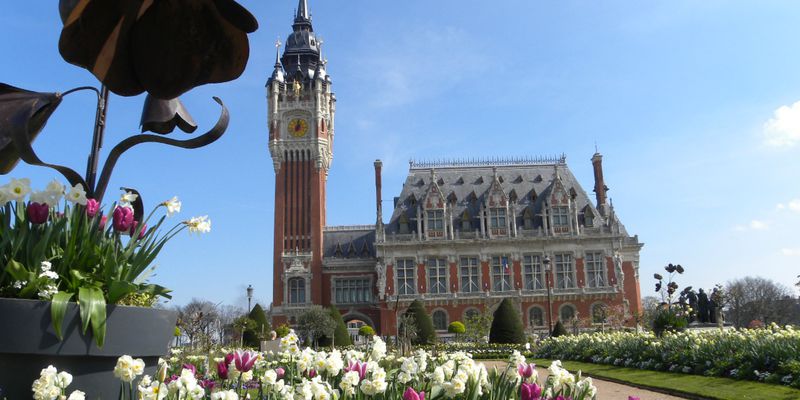 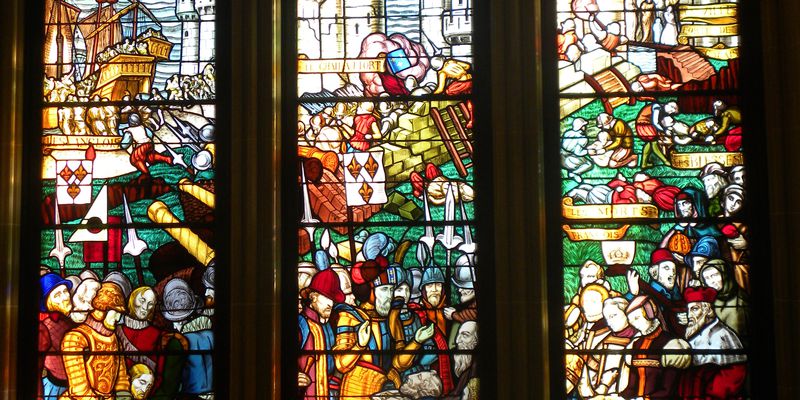 One of the most beautiful town halls in France

The belfry adjoins Calais Town Hall, which is considered one of the most beautiful in the country. Construction began in 1911 and the building came to be seen as a symbol of the 1885 merger of the port city of Calais and the lace town of Saint Pierre. When you have admired its neo-Flemish style façade, be sure to go inside to see its Art Deco stained glass windows and the superb halls on the first floor: the great hall, the council chamber and the wedding hall, where Charles de Gaulle and Yvonne Vendroux were married on 6 April, 1921.

In common with those in Bruges, Ypres, Douai and Lille, Calais belfry is one of the group of belfries in Belgium and northern France which were added to the UNESCO World Heritage list in 2005.

You can see all the city’s attractions on one of the local heritage tours organised by Calais Côte d’Opale Tourist Office. Tours are available all year for groups (reservation required) or throughout the summer for individuals.